My IG has not been hacked! This is actually my photo. "It's Britney bitch", is the first line from the song, and I heard that about a thousand times while working on the "Gimme More" music video that Britney Spears put out about ten years ago. An odd set of circumstances led me to be the still photographer on set for this video, and it was as strange as you might of imagined. This scene was cut from the video, but it was the best part of the day for me because Britney was not stressed out. She was going thru some overly publicized personal drama, and I realized that this is just some sweet midwestern girl who was surrounded by a small army of "industry people" with an invested interest in keeping the "drama" going, to make sure they continue to capitalize on someone else's misfortune. Sure, it's something that potentially comes with being a celebrity, but if you aren't a very strong willed person, it can chew you up, and spit you out with not a care in the world. The whole experience was very surreal and eye opening to say the least. I'll never forget the sea of vulture like paparazzi trying to get a shot of the emotionally vulnerable "pop star", and being approached by them with a sizable offer to sell them my images from the shoot. It is by far the most money I have been offered for my photographs, however, I would never be a part of something that I feel is the exact opposite of the craft I have spent my life developing. The very definition of the difference between being a photographer, and someone who takes pictures. People are free to do what they want, but exploiting people is not something that I would want someone to do to me, so I would never do that to someone else. Apologies for the long rant, it's just a subject that means a lot to me. And guess who ended up selling my photos (for a lot of money) to the paparazzi!? Hint, in the form of a quote, by my favorite m.c., R.A. The Rugged Man, "Every record label sucks dick!". Day 168. #itsbritneybitch #gimmemore #theohandphoto 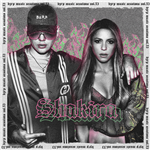 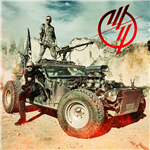